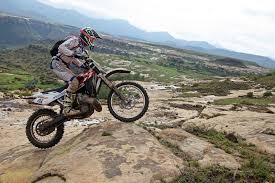 Lioli will play Burundi champions Vital’O FC in the preliminary round of the 2016 CAF Champions League. The draw for Africa’s premier club competition was made yesterday.

If Lioli progress past Vital’O they will face Nigeria champions Enyimba or Vipers of Uganda in the first round.

Lioli and Vital’O will face off in February next year.

Lioli will be looking to become the first Lesotho team to progress past the preliminary stage since LDF beat Botswana’s Mogoditshane Fighters in 2002.

In total, there have been just five preliminary stage wins for Lesotho in the CAF Champions League. In 1997 Rovers beat Malawi’s MTL Wanderers before LDF defeated Swaziland’s Mbabane Swallows, Botswana’s FC Notwane and Madagascar’s AS Fortior in 1998, 1999 and 2000 respectively.

Lesotho’s last aggregate victory in the tournament came in 2002 when LDF beat Fighters in the preliminary stage.
Posted by MolapoSC at 9:00 AM No comments:

Their form has catapulted them into second place in the Vodacom Premier League, only behind leaders Lioli on goal difference. Credit has to go to club owner, and famed traditional healer, Thato “Sandawana” Nkone.

He was ambitious when he bought Mpharane Celtic’s premier league status last year to form Sandawana Football Club. Nkone declared his ambition to turn Sandawana into a force and he has invested heavily into the club; no team has been busier in the transfer market over the past year than Sandawana.

After hitting and missing in the coaching department, Nkonealso seems to have found the perfect candidate the lead the revolution in ex-Likila United coach Bob Mafoso. Mafoso led Likila to anexcellent sixth-place finish last season and he has won every game since he took charge of Sandawana in mid-September.

The Butha-Buthe side also possesses the league’s hottest striker at present in Roaboama Koloti. Koloti scored the winner in Sunday’s 1-0 win over Mphatlalatsane, his second successive clincher after he downed Bantu last week. Koloti is now the league’s joint top-scorer with eight goals and, as everyone knows, every good team needs a reliable scorer.

With Sandawana rolling, a title challenge is not out of the question. As of yet none of the bigger boys – Lioli, Matlama, Bantu and LCS – have shown any real consistency and if Sandawana keep winning, it is very plausible they can open a gap at the top.

And, even though Sandawana have played two games more than their immediate rivals, this season feels like one where points in the bag will be of utmost importance because the playing field appears so level.

Leslie Notši gets his first win of the season
Leslie Notši’s signing for Kick4Life last week was a big coup for the ambitious club. The former Lesotho coach is the country’s most high-profile trainer and his credentials are far and away the most impressive in the land.

During his tenure as Likuena coach he transformed Lesotho into a competitive side that reached the semi-finals of the COSAFA Cup in 2013 and finished third in a 2014 World Cup qualifying group that included Ghana, Sudan and then African champions Zambia.

As Under-20 coach before that Notši led Lesotho to the African Under-20 Championship in 2011. His Likuena teams were never the most spectacular but they were always compact and organised.

This is the first noticeable aspect of Kick4Life in Notši’s first two games and on Sunday they fought out a dogged 1-0 win over Bantu in Mafeteng. In two games under Notši, Kick4Life have collected four points and haven’t conceded a goal. At this rate the club’s stated goal when it hired Notši of finishing in the top eight is possible.

Two steps back for Bantu
Bantu looked to be on the up and up after three consecutive league wins and last month’s triumph of the Independence Cup.

It looked like A Matšo Matebele were primed to return to league contention when 2014 title-winning coach Motlatsi Shale returned two weeks ago. But, back-to back losses at home in consecutive weeks – Bantu’s first league defeats at the Leshoboro Seesio Stadium since it was opened in February – have them reeling.

A Matšo Matebele are seventh, a full seven points behind leaders Lioli. On Saturday they play Matlama and anything but a win would probably rule Bantu out of the title race, even at this early stage. The loss to Kick4Life is a disappointing setback for the Mafeteng giants.

Elsewhere, the league’s most inconsistent team Linare got back to winning ways with a 3-1 win over Likila United in Maputsoe on Saturday while LCS had a disappointing 1-1 draw with relegation threatened Liphakoe.

In the title picture each week the pretenders are apparently being sifted out. Increasingly the championship race looks like it will be between Lioli, Sandawana and Matlama. The rest are starting to appear too far behind. The one team that gets the benefit of the doubt is Bantu because of the quality of their squad and recent trophy-winning credentials. But they have to win against Matlama this weekend.

Vodacom Premier League Table
Correct as of December 6, 2015
Posted by MolapoSC at 8:00 AM No comments: