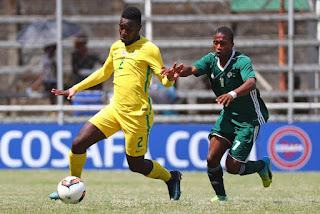 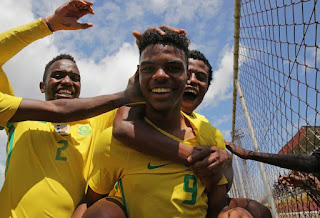 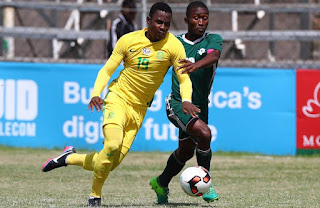 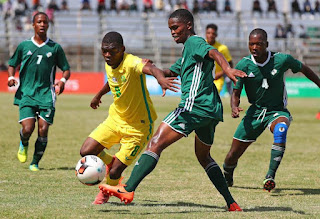 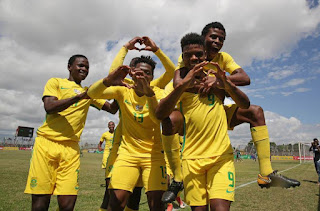 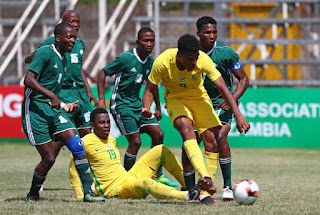 Posted by MolapoSC at 4:00 PM No comments:

Lioli and Bantu face-off in game of the year

On Sunday, Lioli host Bantu in the biggest match of the 2017/18 Econet Premier League season so far. The game will be played at Ratjomose and there is plenty at stake for two teams that have won Lesotho’s last five league titles between them.

Although there is still five months to go until ends of the season, this match could already go a long in deciding in which team will lift the Econet Premier League. Already Tse Nala and A Matšo Matebele are neck and neck at the top of the league and lead the next best team – LDF – by five points.

It is unlikely any team will disturb Lioli and Bantu’s title quarrel. This race is between them and them alone.

The stats support this likelihood.

The current dominance of Lioli and Bantu is quite remarkable. In 2017 they have played 59 league matches combined. They have won 48 of them and lost just three times, and one of those three losses is Bantu beating Lioli 2-1 in March.

This dominance makes Sunday’s clash at Ratjomose take the shape of a mini-final.

And, as is always the case in games of this magnitude, the result will be decided by the finest margins. Here is a look at the key areas that could decide Lioli versus Bantu:

The Coaches:
James Madidilane has done a brilliant job since taking over as Bantu coach last June and has become a cult figure in Mafeteng. The former Bloemfontein Celtic and South Africa defender has not only re-energised Bantu’s squad but the team’s entire fan base.

Together, Madidilane and his Mafeteng army dethroned Lioli from the league crown they had had held for two years and in October added the Independence Cup. Madidilane has grown into his role as A Matšo Matebele’s leader and now has the full trust of the players and fans.

His counterpart, for the most part, is the complete opposite.

Motebang Makhetha has been with Lioli for the better part of this decade and has been a member of the team’s technical staff through what has been the club’s most successful period ever (league titles in 2013, 2015 and 2016). However, that entire time was spent in the background as an assistant coach. Makhetha only stepped into the hot-seat as caretaker boss in October when Halemakale Mahlaha resigned.

This is the first time he will be leading a team into an occasion like this. It will be interesting to see how Makhetha sets his team out and the instructions he gives to his players. Mistakes are easier to make as a first-timer and while Madidilane has seen it all in the Bantu hot-seat over the past year, it remains to be seen how Makhetha will react in the cauldron he will encounter in Sunday’s clash.

With Lioli trailing Bantu in the league standings going into the game, Makhetha could feel pressure to win the game. But that would open Lioli up to Bantu attacks. The tactical battle, therefore, will be interesting to see. Ultimately though, Madidilane has earned his stripes on this stage while Makhetha is making his debut.
Edge: Bantu

Big Match Temperament:
Both sets of players are used to the big stage.

Both teams are full of Lesotho internationals with vast experience at all levels. Such a game will be something they are used to. For Lioli there is Bushy Moletsane, Motlalepula Mofolo and Tšoanelo Koetle just to name a few. Bantu have Thapelo Mokhehle, Litšepe Marabe and Hlompho Kalake.

All the players mentioned are examples of players that have played for Lesotho from junior levels to the biggest games with the senior team, and all have played in the CAF Champions League. But, when push comes to shove, the slight edge has to go with Lioli. Tse Nala’s players are so experienced they sometimes seem to be auto-pilot when the lights are brightest.

Lioli also thrive in such situations.

How many big games have Lioli lost over the past two years? It is only the loss to Bantu in March and that is it.

Tse Nala lost to Kick4Life in the Independence Cup but the squad was fractured by that point and it was (only) a semi-final. Lioli have been in the CAF Champions League three times in the past four years. They simply are not fazed by any situation and no team in Lesotho is as battle-tested as the Teyateyaneng giants.
Edge: Lioli

The Defence:
Both teams have boasted incredible defences during this current five-year spell of dominance – Lioli remarkably only conceded seven goals in 26 games when they won the league in 2015. This season the two clubs again have the league’s best defences. Bantu have conceded the fewest (5) while Lioli have let in seven goals.

The slight edge, however, lies with Bantu’s defence which with the likes of Mokhehle and Itumeleng Falene is more athletic than a Lioli defence that relies mostly on the experience and game-reading skills of Shetsane Ramoseeka and Kopano Tseka.

Bantu’s defensive strength is best illustrated by the fact A Matšo Matebele have kept eight clean-sheets in their 11 games this season. Lioli, on the other hand, have only kept three clean-sheets in 10 games.
Edge: Bantu

The Midfield:
Midfield is where games are normally won and it is no surprise Lioli and Bantu have the two best midfield units in the country. Both midfields combine steel with silky skills and they habitually set the platform for both teams’ success.

For Bantu the rise Lindokuhle Phungulwa this season has added yet another dimension to an already stacked midfield. Phungulwa, who is enjoying a breakthrough season with A Matšo Matebele, won the September player of the month and hasn’t stopped shining since.

But, as has been the case over the past five seasons, Lioli still boast an unmatched midfield engine that only got stronger with the addition of Thabiso Mohapi who was poached from Bantu at the beginning of the season. Mohapi has added even more quality to an engine-room that was already powered by Lesotho’s best central midfielder – Koetle – and two of the finest playmakers the country has ever produced – Mofolo and Moletsane.
Edge: Lioli

Lioli, arguably have Lesotho’s best attacking talent in Tumelo Khutlang. On his day Khutlang is simply unplayable and can destroy any defence, local or international. Lioli have also been boosted by Maba Junior and Montoeli Sonopo who are rediscovering their best from this season. However, at the end of the day, no team boasts the attacking potential of Bantu, an offence that is boosted by Lesotho’s best goalscoring midfielder – Hlompho Kalake.
Edge: Bantu

The Wildcard:
The wildcard is the Ratjomose pitch that will be used for the game. Ratjomose is being used because Setsoto Stadium is not available. Ratjomose’s pitch, however, is not the enjoyable playing surface both teams are used to playing on.

This might favour Bantu who remain a more physical and athletic side that is less reliant on beautiful, passing football than Lioli.

It is that carpet football philosophy that pushed Lioli to invest heavily in upgrading their home ground in Teyateyaneng in 2015 and pay heavily to use Setsoto while the upgrades were being completed.

Work on Tse Nala’s Lioli Stadium in Teyateyaneng was completed at the start of this season but unfortunately for them the ground has not been approved to host this mega clash. So here we are, with all roads on Sunday leading to Ratjomose.
Edge: Bantu